Simone Forti, central protagonist of American Postmodern Dance, has offered to Martin Nachbar the re-realization of her choreography Sleep Walkers (aka Zoo Mantras). Drawing on this key work, which will be shown in Germany for the first time nearly 50 years after it was made, Martin Nachbar, together with Forti-expert Claire Filmon, contemporary performers Antonia Baehr, Miriam Jakob, artists’ duo Krõõt Juurak & Alex Bailey and David Weber-Krebs, will research and expand on the work that is currently being conducted on the human-animal-relation in contemporary performance. The aim is not, however, to add new social or philosophical aspects to a recently trending topic. The focus is to lie on animal choreography as such – which is to be methodologically and historically consolidated as well as developed further.

In order to intensify the artistic exchange and to render possible a cross-generational public discussion of new perspectives and insights concerning animal choreography, the project will involve various collaborations in addition to the performance programme itself: a cooperation with Gabriele Brandstetter’s seminar Animal Dance conducted at FU Berlin’s Dance and Theatre Studies programme, a series of masterclasses in cooperation with the Inter-University Centre for Dance and Tanzfabrik Berlin, and an artists’ laboratory.

The event programme at Sophiensaele Berlin will include Martin Nachbar’s solo performance Animal Dances as well as the first performances in Germany of Simone Forti’s  Zoo Mantras (aka Sleep Walkers) and Striding Crawling. An Open Lab will present to audiences direct insight into the participating artists’ research processes. As part of the discourse marathon Animal Talks, the artists involved have chosen one expert each so as to discuss specific questions concerning the artistic engagement with the animal according to an individually chosen format. The events are accompanied by video screenings and discussion rounds. The programme will conclude with an improvisation by the artists involved and special guests.

A co-production of Martin Nachbar, FFT Düsseldorf, Sophiensaele Berlin and in cooperation with FU Berlin/Institut für Theaterwissenschaften, Hochschulübergreifende Zentrum Tanz Berlin (HZT) and Tanzfabrik Berlin. With thanks to CND Paris.

Animal Form/ula/s is sponsored by TANZFONDS ERBE – an initiative of Kulturstiftung des Bundes. 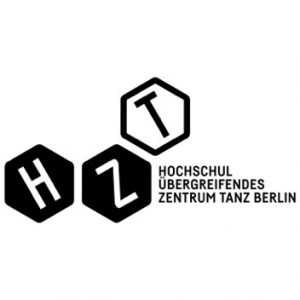